There were 14 posts tagged: Gibson SG 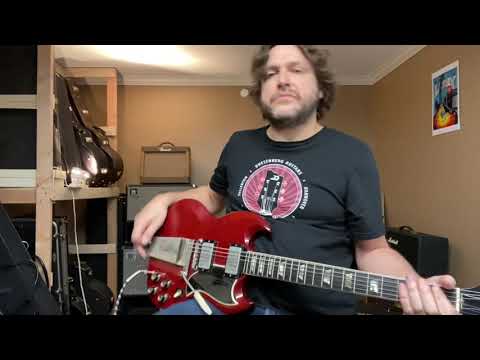 
Notes
One of my favorite guitar tones of all time is the super bright razzy blown speaker distortion effect. Such as the direct sounding buzz saw tone on "Black Dog" by Jimmy Page.

Getting pretty close here with an old Roger Mayer Voodoo-1 through an old AC30. Another old pedal that gives up that tone in spades is the old Multivox Big Jam Distortion…although sadly i dont own one. Hope you guys enjoy! 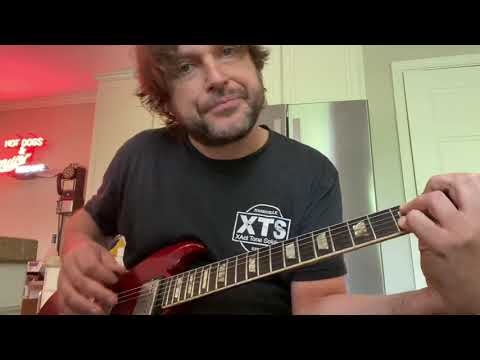 
Notes
Well kids, rehearsals for the upcoming gigs I’m doing with Ann Wilson start next monday, so amidst being solo super dad, I am having to learn 20 fairly complicated guitar heavy tunes that you definitely cannot fake (like i do on most gigs haha)…. Factor that in with a lot of sessions lately and that would explain the fact that I haven’t been around much.

At age 52, the goal on any live gig is to bring as little gear as possible. As absolutely genius as Roger Fisher’s composition and playing on this old Heart stuff is, in an effort to try to not bring an extra guitar just for one song, i figured out how to play this amazing bit of guitar wizardry that Roger came up with in regular tuning instead of the way he did it….by tuning the B up to D (ouch) and tuning the high E to G (ouch ouch). Its a little tricky, but it sounds pretty close….the F add 9 chord is a tough grab unless you fancy yourself a bit of a manly man (133033 from low to high)….Roger had the touch, watch some of those mid 70s live versions of Magic Man and dig the way he milks the heavy gain tone with beautiful bends and very thoughtful liquid vibrato (not to mention top shelf pick scrapes)

Once again, hats off to the pioneering creative genius and groundbreaking musicianship that was abundant in most of the music that came before “the great distraction” Hope you enjoy…heartfelt thanks to all those who have continued to hit the tip jar and support the channel. 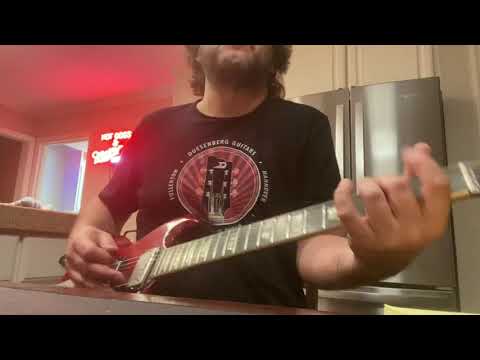 
Notes
I’m a big believer in total free form improvisation....ever since i was a kid i would always practice this way...start some motif or groove, and then start taking as many chances as i possibly could inside of it until i totally fuck it up....and then start a new one.....i suppose its kinda what i always imagined sky diving to feel like, although i have never personally done that.

It’s the most musical way to practice....because you are always playing “in song mode” so to speak.

I worked on a session all day today and when i got home i still felt like playing guitar....been at this shit for 43 years now and i gotta admit i still love it. I doubt there are many things in this life that can hold a persons attention for that long.

This is my old 64 sg into that plastic blackstar practice amp on my kitchen counter. This one is for the really bored people out there. 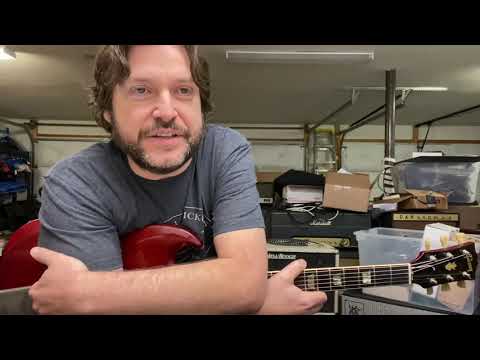 
Notes
Hey guys, here’s a not so brief chat on many things....here are some of the things i mentioned in this video if you are so inclined to check them out...if anyone can post links that would be very sweet.

1) Track i played acoustic on before falling gravely ill a few years back... "My Boy" by Chris Donahoe (available on spotify)

Homeskoolin’ Volume 85, Tom Bukovac, “We All Get Replaced” 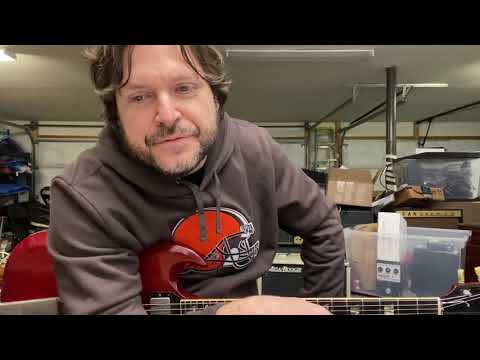 
Notes
A brief chat on bending, my brother Mike, and the sad truth of life that once we leave the studio, our poor tracks have no one to defend them. 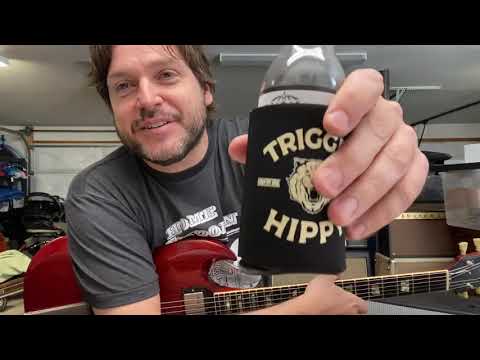 
Notes
A brief chat on time signatures and left hand muting. Remember the cool limited run of 75 Uncle Larry prints that Ziggy O’Leary did? Well they are all sold out but he still has the original one...a hand painted 24X30 canvas. If you want it contact him at www.ziggysartstudio.com I think the price is 700 framed and shipped

Thanks for supporting the show guys 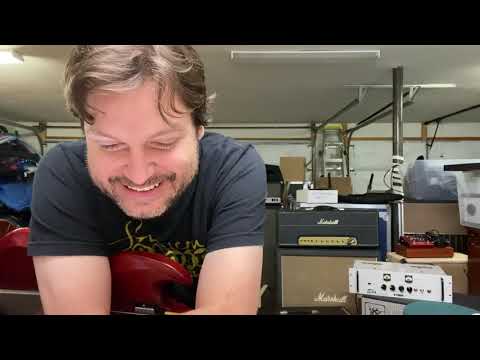 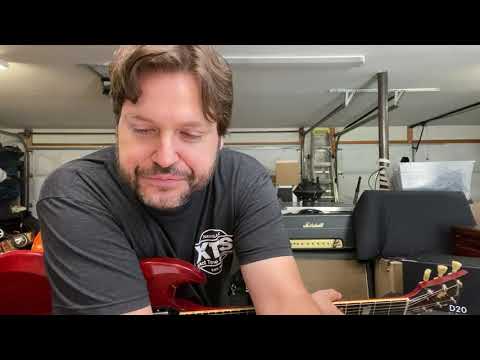 
Notes
A brief look through the VCB and a good illustration of why octal tubes suck. 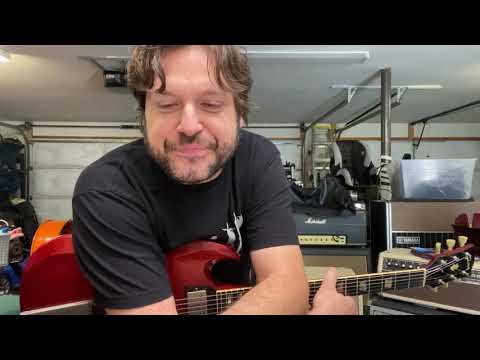 
Notes
See i still write stuff in here....stuff about the videos....remember Cannon? Kojack? Rockford Files? Columbo? Ok heres your trivia question...what was the name of the epic song from the Gaucho sessions that got accidentally erased by a bonehead engineer? 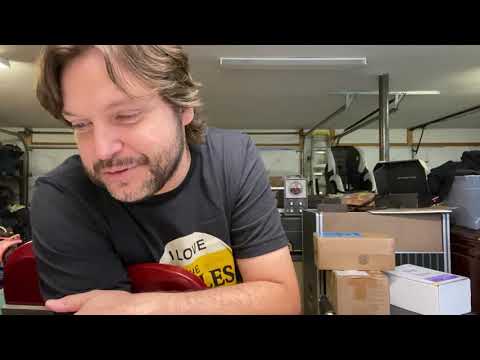 
Notes
A brief chat on old the glory days of entertainment. 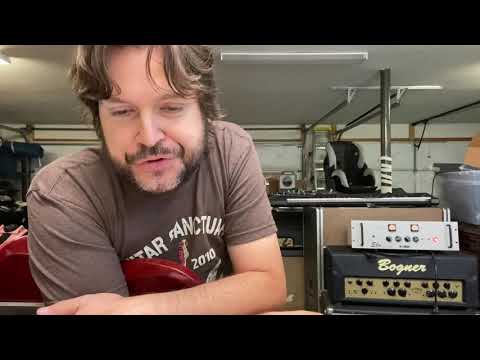 
Notes
A brief exploration of poly chords and a little taste of "Saturday Nights Alright For Fighting".  Homeskoolin' T shirts available at guitarhouse.net if you like the show, PayPal tip jar: tombukovac@gmail.com 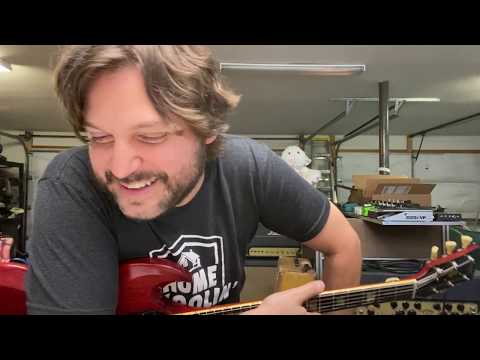 
Notes
A brief chat on tuning and a few gems from the viewer comment bin. Homeskoolin' T shirts available at guitarhouse.net if you like the show, PayPal tip jar: tombukovac@gmail.com 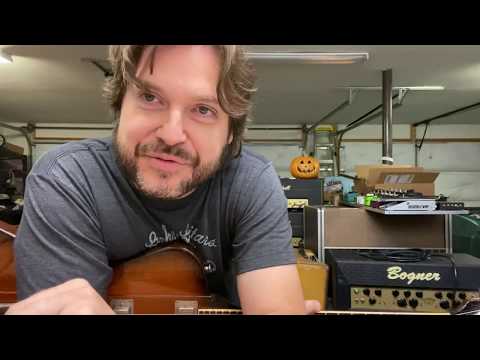 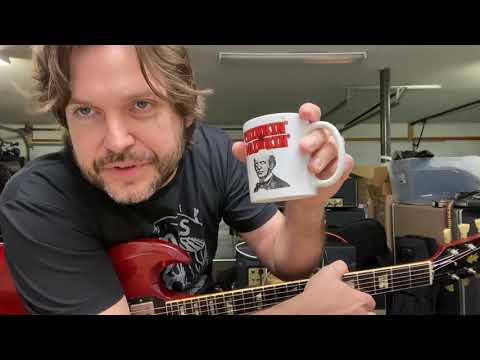 
Notes
An in depth look at one of the great natural wonders of the world...the smear.