There were 53 posts tagged: Ann Wilson 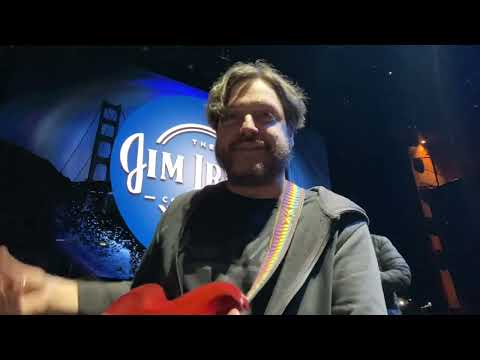 
Notes
Uncle Larry shares a few rehearsal memories from a super fun gig that happened in San Francisco over the last few days.

He got to see some old friends and play some good old rock and roll with some of his bosses, past and present.... and had an absolutely lovely time.

Special thank you to Paul Moak for letting me borrow his amazing sounding resonator guitar.
If anyone out there has one EXACTLY like this one for sale i will buy it.

Tony Lucido is filmed here playing the famed Alembic fretless bass that John Mcvie used on this little Fleetwood Mac album you may have heard called "Rumours". The fretboard is shiny aluminum....pretty cool bass. Jimmy bought it for a song.

Bottom line…let me say once again...i am SO thankful and grateful for all the cool places this instrument that i have worked sooooooooo hard at in this life has taken me....i will NEVER take it for granted. The magic equation that applies to basically everything in life....it's 99% drive...1%t talent.
Work ethic trumps EVERYTHING.


and way more importantly than all this, i want to say goodbye to a dear friend....Zak Godwin II.

see you down the road bro bro 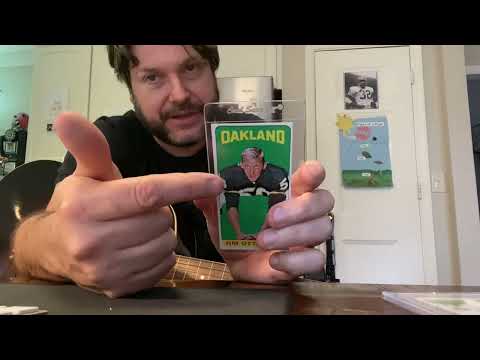 
Notes
Uncle Larry deep dives into some uncomfortably non music related musings….and sings the praises of the greatest pedal company of all time.

Here's a video you might get a kick out of:
https://www.historycolorado.org/story/our-exhibits/2018/07/06/once-trash-now-treasure-story-behind-1952-topps-mickey-mantle-card

Here's a story you might get a cry out of:
https://www.youtube.com/watch?v=fPF4fBGNK0U

Homeskoolin’ “How Bored You Get On The Road” 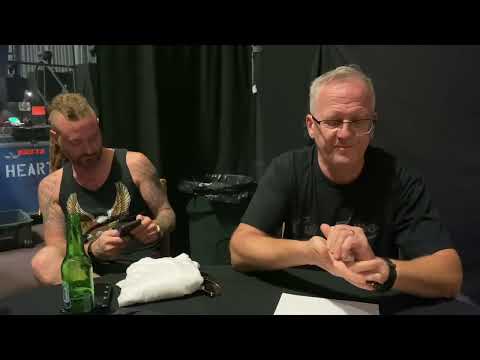 Chapters
00:00 - A behind the scenes montage


Notes
i found this in the archives from months ago....

watching it made me simultaneously howl with laughter AND wince in painful agony.

just thinking about all of us grown ass men hopelessly stuck out there on the road…..every one of us completely beat to shit, miserable from all the brutal travel days and questionable hotel rooms....everyone missing their families so badly that they could literally burst out crying at any moment.

this is the kind of ridiculous shit people do when they are just pushed to the edge of insanity…in some God-forsaken place like Laughlin NV.

it's not at all uncommon during these situations to kill the hours by doing something like 15-20 takes of the dumbest comedy skit ever for a Youtube channel that shows free guitar lessons....poor Ebo was having' a hell of a time tossing that paper into the can haahaaa.

So who gets the award for best acting in this one guys?

God i love these guys

Think about this before you decide you definitely wanna be “a road dog” kids. 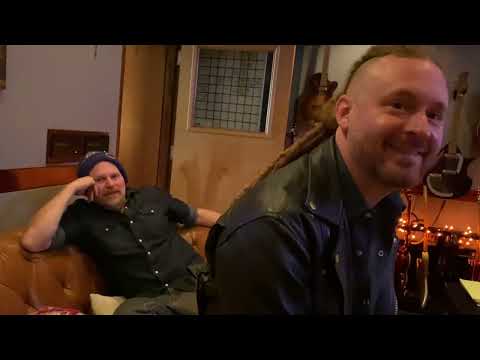 
Notes
Day 4 of a 7 day marathon session, where the Amazing Dawgs are re-united once again working on writing and recording a new Ann Wilson record at Smoakstack Studio in Nashville TN.

In this clip Uncle Larry does what any decent friend does when a guy is playing a pad on an old analog synth…he is working the cut off filter.

Zack Zinck absolutely KILLING it on the engineering gig....a top notch professional, and about the nicest, easiest guy to work with you could ever find on this planet.

There is no official “producer” per se on this record….so what you are seeing here is four hardened, brutally opinionated studio veterans who are all trying to function in a completely democratic fashion…which can be challenging at times….but so far so good.

Ann’s vocal on the track is muted during this filming, but you can hear an epic Paul Moak guitar solo at the end of this track, as well as some hypnotically adult acoustic piano stylings from a relatively unknown Youtuber from Cleveland. 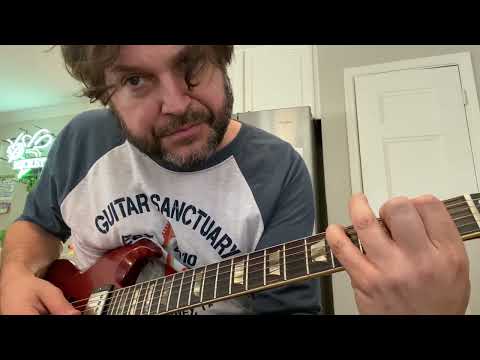 
Notes
Uncle Larry makes a crazy loop in front of God and Everybody….and takes a ride on a stolen 63 SG…. 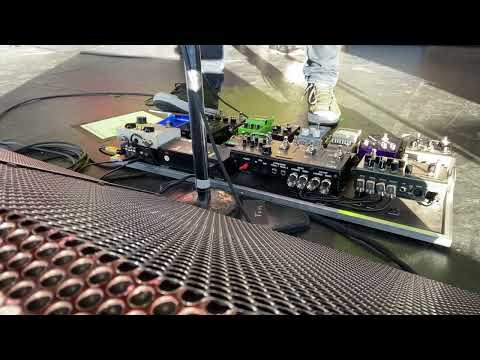 In case you were ever wondering what pedal changes Larry makes on what songs, here ya go As my dear friend Joe Vitale once said watching me on a session….”Buko, it looks like you’re trying to put out a fire” 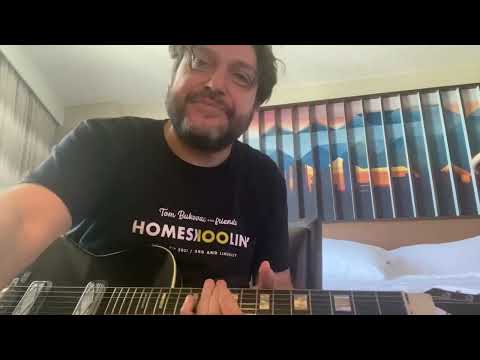 
Notes
Lord…picture old larry up on stage yesterday…blown lower back agony, pouring sweat in that special kind of Texas heat and strangling humidity…good times for sure.

Fun show though, we really got that 50 minute long hit it and quit it opening act thing down.

Thank you for your continued patronage of the humble Homeskoolin’ channel. Go wolverines, (a 17 point favorite by the way) 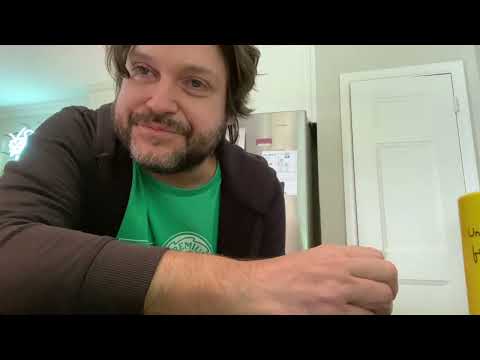 
Notes
A brief discussion on how once you fly private one time, you’re basically ruined for life. And….a look at how nasty a minor 6th can be. 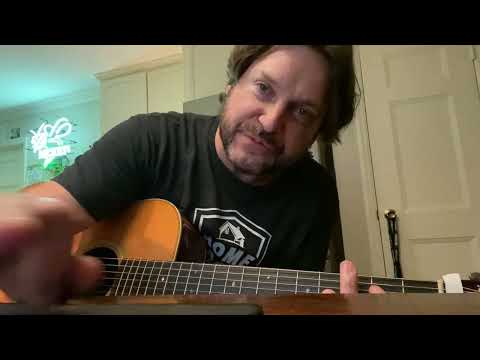 
Notes
Television's own Uncle Larry, absolutely exuberant about finally being home and being reunited with his trusty old '38 bone…waxes rhapsodic about that one thing we have ALL thought about since we were little kids….what it's like to really be in a band.

(and now, shift to "first person")

Now that touring is finally calming down and fall is on the way (praise God) it's time to put some focus on some projects that i started on a while back, such as this little instrumental EP that dear Guthrie Trapp and myself are putting together…it's so much fun.....here’s a little snippet from one of the three tracks we already have "in the can"....gonna go back in soon and do some more.

Also, I couldn’t help but add in a few other crazy things at the end of this vid...a dumb meme that cracks me up... " I AM THE JUAN PERCENT"....oh and my alltime favorite thing that my sweet little boy Leo ever drew for his dear old dad….a totally random partial list he made at school one day of some of our favorite songs we like to jam in the car…precious keepsake.

Thanks again for supporting the channel folks….i am doing everything legally allowed to show you guys whatever i can…absolutely free of charge of course. Why am i doing it? Because music has been really good to me in this life, and i feel like it’s the right thing to do to give it all back to a bunch of total strangers...

i hope you guys know how much i sincerely appreciate the little community we have built here …. ya’ know, except for a few kids in the back of the room that get a little too excited at times (like Brock Thomas....man what a tool) we got something very real going here….i for one do not take it for granted. 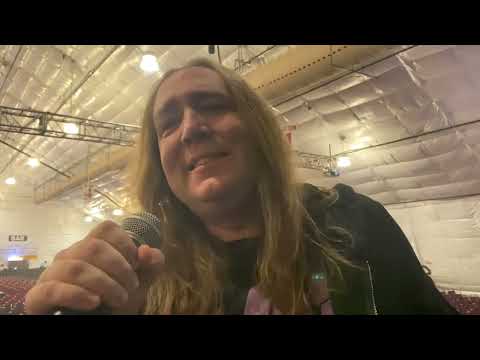 
Notes
As a wild rain and dust storm rolls in right before our gig tonite in Laughlin NV…you get a little slice of the usual backstage/soundcheck madness that accompanies the Amazing Dawgs gigs.

Dear Rob Olsen of Maton guitars was kind enough to furnish us with this lovely Maton Messiah acoustic guitar to use on this tour….definitely a step up from what we WERE doing….the pickup sounds wonderful.

More than anything, this captures the gigantic soul of our dear band photographer Criss Cain, who is kind enough to stand in for Ann and sing for her at soundchecks….one of the coolest, most genuine people i have ever known. 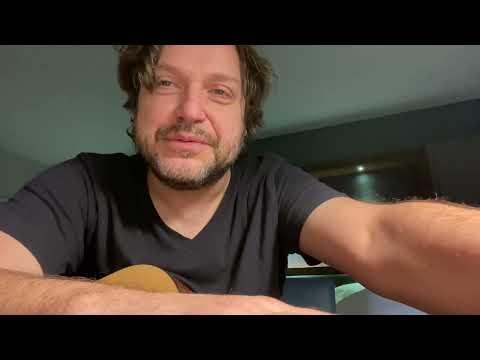 
Notes
Larry….he just woke up in a weird hotel…but thank The Lord he’s got his cheapo martin to plunk on…. 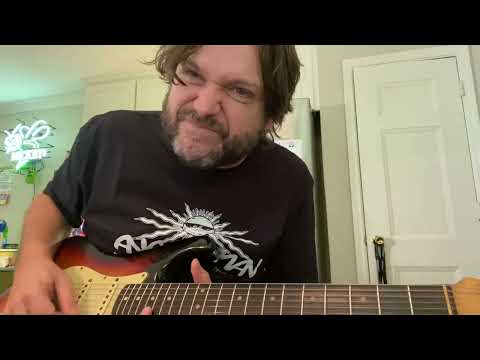 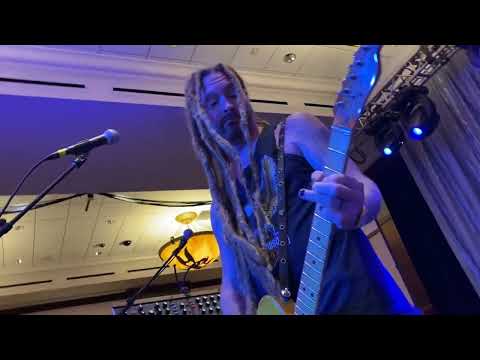 Ya’ know, i noticed lately theres a lot of new viewers coming on this channel….do you think they know i made those two albums a while back?? Can someone post links to those and ill pin the comment? 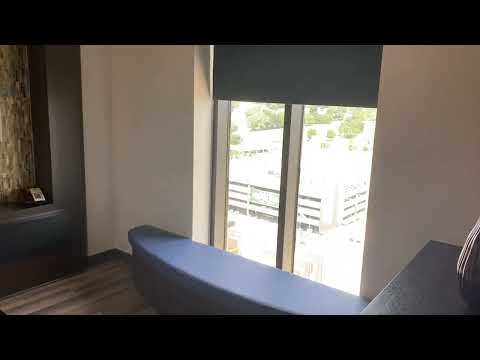 
Notes
Casino gigs are not normally my idea of a good time….but just as a general life rule, when your hotel room has double doors, you know things are gonna be ok.

After a nightmarish 6 hour ride in a goddamned RV with no AC in the bunk area, and finally getting in to Tulsa at 4:30am last night, this fancy room was definitely a sight for sore eyes.

Homeskoolin’ Yet Another Soundcheck Bonus 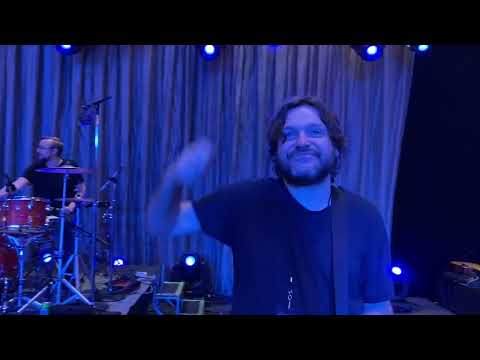 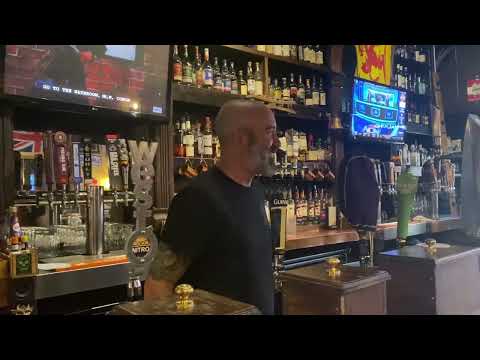 
Notes
Dear John Hickl from the Royal Mile pub in Des Moines….this place is awesome and the food is incredible….

Check it out on your next trip to the midwest friends. 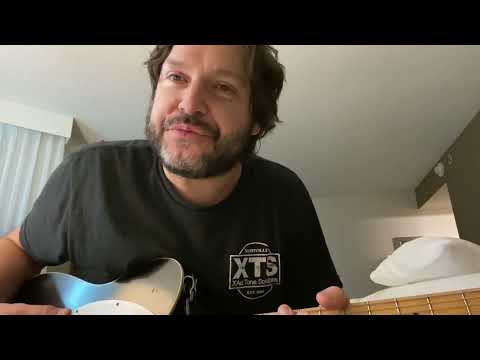 
Notes
Some hot takes regarding guitar culture guaranteed to piss off at least 25% of my prescribers.

Come at me bro. 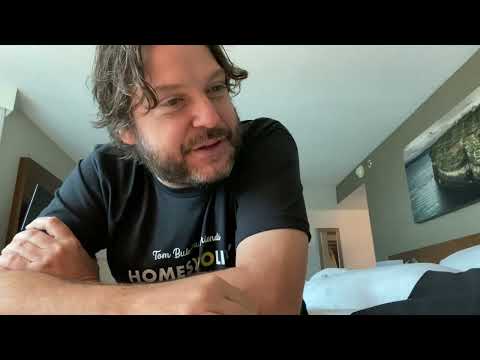 man, i’ll tell ya, when you are on the road and you start getting into time zones that have half hours involved, it’s kinda hard to tell what day it is. I am loving it up here in St John’s, I haven’t kissed any cods yet, but there were a few down in the hotel bar last night.

Ok. so the following is a private message to Ken, the guy who got totally bent outta shape about Tony’s comment.

So if you are NOT Ken then please stop reading right here…………..right at this line.

“Hey bro….bro bro….if we were all chillin in the bar together…me you and tony, i guarantee you would instantly be taken by his charismatic charm and natural ability to light up a room with his intense neuroses and tortured deep inner trauma that he wears on his sleeve in the most beautiful way. We wouldn’t have any problems. You would walk outta there saying “man, that tony, what a cool guy” You gotta trust me on this…i don’t hang around with idiots, even though i am one myself. I appreciate what you are saying Ken, but you just gotta shake the etch-a-sketch and take a new look at all this…put a new spin on it all in your mind. Tony IS gonna start his own channel…and you will watch it and you will laugh at it, because he is a fascinating guy…truly unique, one of a kind….and those folks don’t come around very often. The voting was almost unanimous (besides you) that we keep this ABSOLUTELY FREE channel raw and unfiltered, just like its always been. If the occasional thing comes along that gets stuck in your craw, please keep in mind….none of this cost you ANYTHING. We are all good bro….im cool with you if you are cool with me.” 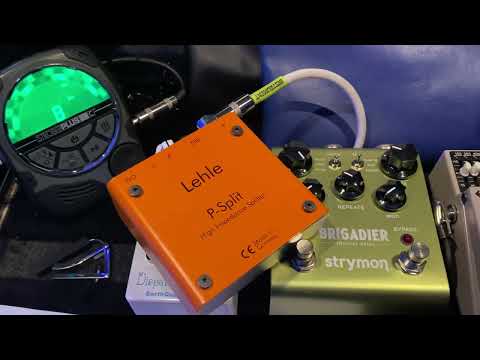 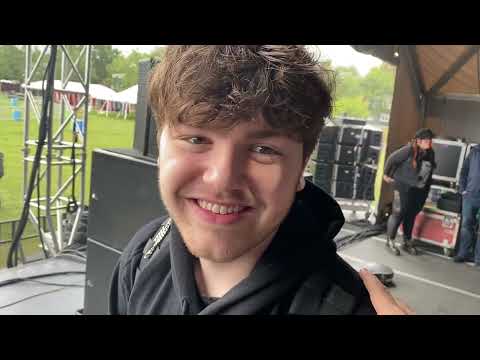 
Notes
I thought you guys might appreciate this little illustration of exactly why most lifer musicians absolutely loathe soundchecks.

Soundchecks are always just a cacophonous labyrinth of disjointed rude sounds played by overtired people with bad attitudes and short tempers, whose only REAL concern is the catering.

But more importantly….please listen closely to what I’m about to say.

If there was ever any ONE LESSON that you all learn from any of these videos, let it be this my friends….

unless you are using Rockit Cargo or some other PROFESSIONAL gear transport company…do not EVER try to bring any of your own gear on an international trip….it is practically GUARANTEED to end in tears….and cost you a fortune while you’re at it.

We are just now getting Paul’s gear back from Germany…our poor manager Dave was stuck in Germany for 3-4 extra days trying to deal with the messy gear situation. They wouldn’t fly some of it back because the cases were oversized etc etc, which is strange considering they had no problem flying it INTO the country. As of tonight we are supposed to finally get most of it, but some of it is lost forever at this point.

The only real rule of flying gear international is that there are no rules….just rent whatever you can, and if you DO bring something make sure it’s something you don’t mind losing forever.

Thank you for watching folks